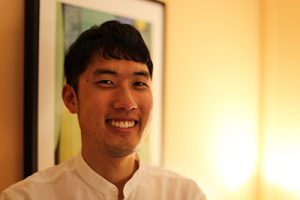 Adhy Kim is a doctoral candidate in Comparative Literature. His research focuses on how contemporary literature and film speculates on the future of climate change specifically via memories of Cold War violence in Japan, Korea, and the United States.  Central to his research is the examination of how U.S. military imperialism unequally distributes precarity in the United States and in its East Asian sub-empires, meting out economic and environmental violence on gendered and racialized groups. For his CES Fellowship, he completed an article that proposes a possible transnational “transition discourse” (to borrow from Arturo Escobar) orienting Asian American diasporas away from setter capitalist futurity toward an alternative mode of inhabiting land. Revealing the political limits of the multicultural neoliberal novel, the article gestures toward a post-neoliberal oceanic form that asks what it means to “live with” various forms of unlivability under racial capitalism and climate change.