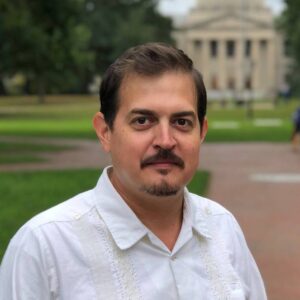 My interdisciplinary research focuses on conflict and diplomacy among indigenous communities and colonial authorities across the fringes of northern New Spain (today’s American Southwest and northern Mexico) during the early modern period. It asks how Native groups reacted to colonial expansion; what this process meant to them; and how they influenced and shaped colonial interactions. I examine how European and Amerindian traditions merged through cross-cultural colonial exchanges and diplomatic interactions. I challenge the narrative that presents enlightened metropolitan policies as the main catalysts behind peaceful interactions with indigenous groups. I argue that colonial expansion was a by-product of diplomatic practices highly influenced by interethnic alliances and long-term exchanges between Natives and colonizers. The ultimate purpose of my work is to bring out the voices of the marginalized and subaltern historical actors.