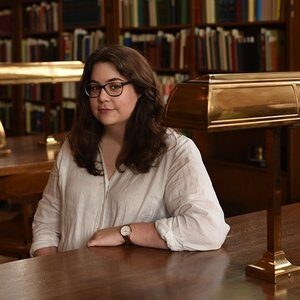 My dissertation project  takes  vanilla  as  its  primary  object  of analysis. From  lattes  to scented candles, vanilla  flavors  contemporary life  in the  United States. Vanilla, for many Americans, evokes  “plain vanilla,”  an expression that  signals  something boring, normal  and, frequently, white. This  project  argues  that  overlooking vanilla, or dismissing it  as  plain, forecloses  the  opportunity to analyze  its  powerful  social  role  in the  U.S. and how  it  inscribes normative  identities. In a  moment  of heightened racial  conflict, when media  outlets  refer to white nationalist  militias  as  “Vanilla-ISIS,”  it  is  vital  to understand how  vanilla  became  a  cultural signifier and hegemonic  referent  for white  normativity.