Skip to main content
Home / Our Board / Sharon P. Holland 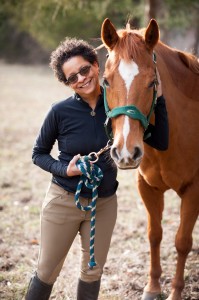 Sharon P. Holland is the Townsend Ludington Distinguished Professor in American Studies at the University of North Carolina at Chapel Hill. She a graduate of Princeton University (1986) and holds a PhD in English and African American Studies from the University of Michigan, Ann Arbor (1992). She is the author of Raising the Dead: Readings of Death and (Black) Subjectivity (Duke UP, 2000), which won the Lora Romero First Book Prize from the American Studies Association (ASA) in 2002. She is also co-author of a collection of trans-Atlantic Afro-Native criticism with Professor Tiya Miles (American Culture, UM, Ann Arbor) entitled Crossing Waters/ Crossing Worlds: The African Diaspora in Indian Country (Duke University Press, 2006). Professor Holland is also responsible for bringing a feminist classic, The Queen is in the Garbage by Lila Karp to the attention of The Feminist Press for publication (2007). She is the author of The Erotic Life of Racism (Duke University Press, 2012), a theoretical project that explores the intersection of Critical Race, Feminist, and Queer Theory. She is currently finishing a decade-long project, “hum.animal.blackness,” an investigation of the human/animal distinction and the place of discourse on blackness within that discussion. You can see her work on food, writing and all things equestrian on her blog, the professor’s table.

She is the convener of the Critical Ethnic Studies Collective at UNC-Chapel Hill, co-chair of the Provost’s LGBTQ Life Committee and Chair of the Department of American Studies.